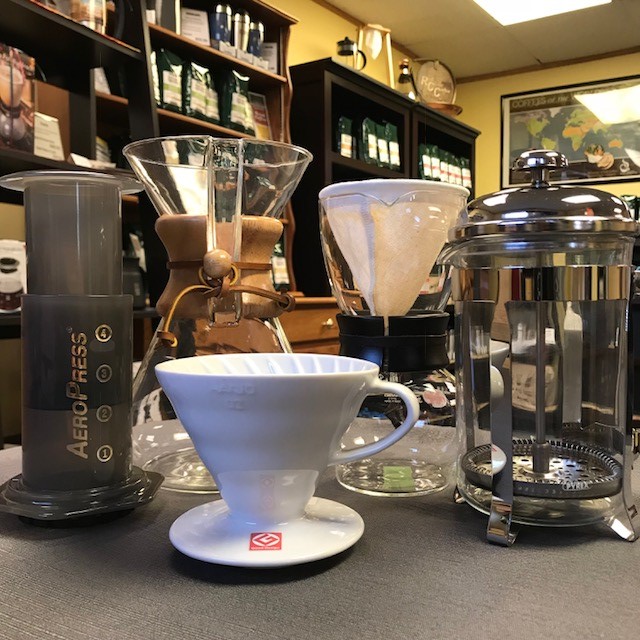 The first Saturday of each month (excluding September) between 10am-1pm we will feature a different single origin coffee to show the coffee’s uniqueness. The last coffee tasting for the day will start at 12:45 pm.

If you ever had an interest in learning more about coffee, regions, or how to brew using different coffee brewing methods, then our coffee tastings are for you! Stop in and share a fun experience while learning how to improve your coffee brewing skills.

We will announce the featured coffee for each coffee tasting prior to the event in our Tasting Room, on social media and in our monthly newsletter.

Please be advised that these are standing room only events.

During the celebration, we will release our new limited edition direct trade Costa Rica Finca las Torres from the Chirripó region of southern Costa Rica.

Produced by Régulo Gerardo Ureña and his family, Finca las Torres is located between Cerro Chirripó, Costa Rica’s highest peak, and Cerro de la Muerte which is the highest peak on the Inter-American highway.

Our 12th Anniversary is an exciting time and we have brought the Ureña family to our Tasting Room for our Finca las Torres release. Anne returned to Finca las Torres in February and worked with Luis and Esteban Ureña during the harvest and the processing of the harvest.

We are pleased to have Luis and Esteban at our Tasting Room so customers will have the unique opportunity to meet the family behind one of our direct trade coffees and more importantly Luis and Esteban will be able to join in on the celebration as we release their coffee.

During the coffee tasting Finca las Torres will be brewed using the Chemex, as a drip coffee and as a single origin shot of espresso. The three brew methods will provide customers an opportunity to taste how the flavor and aroma changes based on how the coffee has been brewed. This event is free and open to the public.

This event is standing room only.

We are now taking pre-orders for our Christmas in July celebration.

Starting July 24, we will have a limited amount of Jingle Bell Java. Each year we sell out and we suggest placing a pre-order to guarantee your Jingle Bell Java. This is our popular holiday flavor of cinnamon, caramel, and pecan. For our Christmas in July celebration Jingle Bell Java will be available in 16 oz. (one pound) bags in regular and Swiss Water Processed decaf.

After we sell out Jingle Bell Java will be on vacation until November 1.