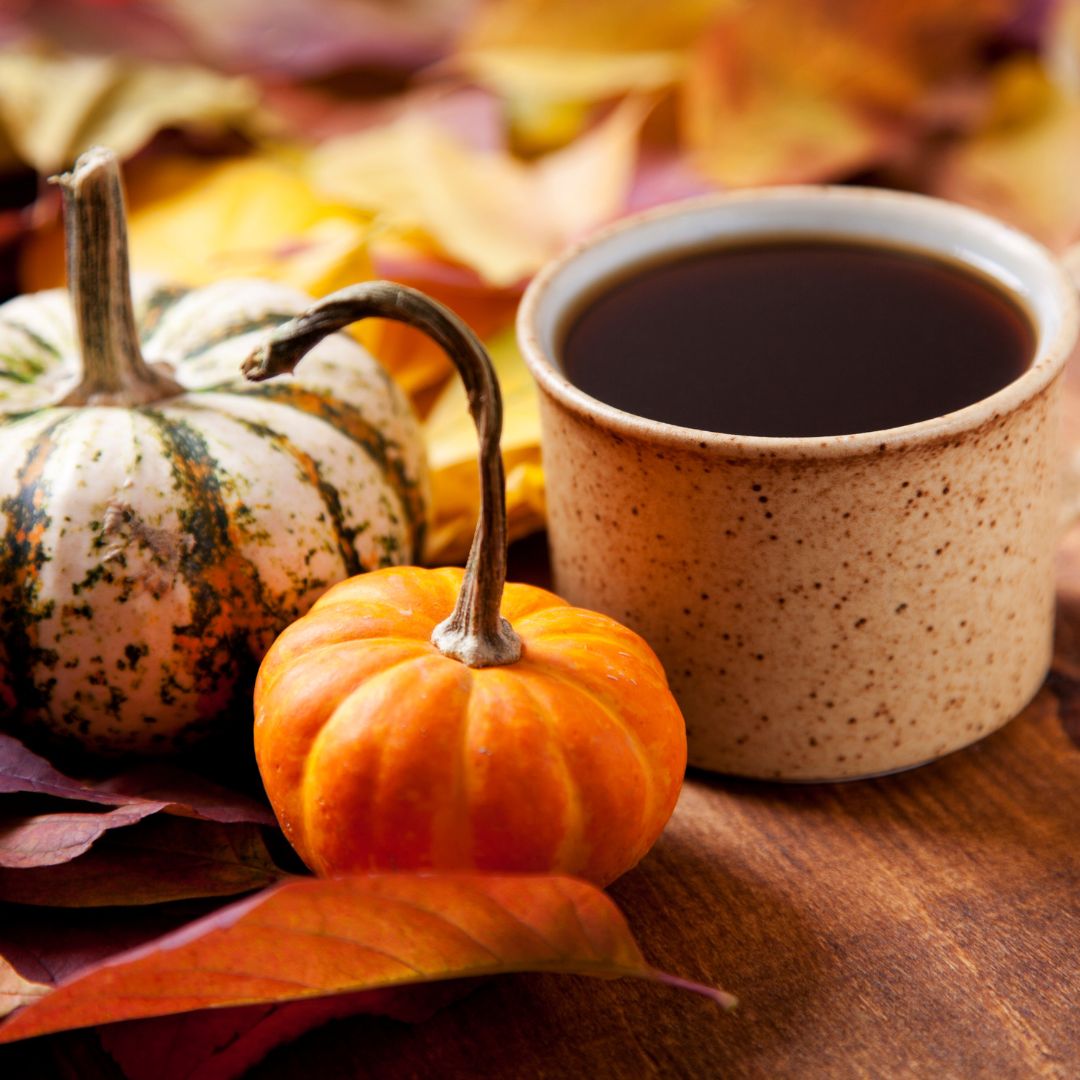 We are entering the season of Pumpkin Spice everything. Adding this savory spice blend to a coffee or espresso just wakes up the senses to the fall.

This fall seasonal flavor has such a following that we were curious about the origins of this combination we decided to investigate.

What is pumpkin spice?

The spices found in pumpkin spice were originated on a small group of islands in Indonesia, referred to as the “Spice Islands.”

During antiquity, the region around Indonesia traded to acquire these valuable spices. Ships embarking on the Spice Trade would pass through Yemen, specifically the port of Mocha, on their way to Europe and North Africa.

It was in Yemen where coffee was first grown commercially. Coffee shared the same cargo holds as spices as both became more widely traded.

Interestingly, the coffee blend Mocha Java is considered the first blend and its name is a nod to coffee bring brought from the port city of Mokka in Yemen to the island of Java in Indonesia.

The Dutch East Indies Trading Company was established by the Dutch for trading spices. In the 1500s and 1600s the Dutch began planning coffee trees on the island of Java in Indonesia. The sheer size of the farms soon meant that Java was the largest coffee producer. Soon, coffeehouses began to spring up in cities like London and Vienna.

Pumpkin desserts in the US

In the 1700s and 1800s, pies in colonial America were often made with squash and fruit unlike the typical savory meat pies of England.  During this time pumpkin were typically consumed as roasted or baked, and to be enjoyed in soups or stews.

In Amelia Simmon’s cookbook, published in 1796, included a recipe for pumpkin pudding. This recipe included cream, sugar, nutmeg, and ginger—not unlike the ingredients of today’s pumpkin spice drinks.

With the end of sugar rationing after World War II, the demand for pumpkin began to soar. However, most pumpkins grown in the US were for fall decorations and not the edible variety.

Now, the demand for pumpkin spiced desserts has expanded to countless desserts including pumpkin scones, pumpkin breads, and pumpkin muffins.

So, sit back and enjoy a cup of pumpkin spice knowing that it is part of a long culinary tradition.

Throughout the year we offer a selection of seasonal flavored coffees. These coffees are roasted in limited quantities for our retail store and online.

We typically experience a spike in demand shortly before a seasonal flavored coffee is set to go “on vacation” or away for the season. This results in us selling out earlier than the end of the month.

Each seasonal flavored coffee is available in regular and Swiss Water Processed decaf.